Scotland winger Ryan Fraser, 26, has agreed to join Newcastle after leaving Bournemouth in the summer and is set to undergo a medical on Monday. (Sky Sports)

Despite Gareth Bale’s desire to leave Real Madrid, the club has still not received any bids for the Wales forward, with the 31-year-old’s reluctance to take a pay cut putting off potential suitors. (Mundo Deportivo – in Spanish)

New Barcelona coach Ronald Koeman has told the club he wants to keep Philippe Coutinho this season rather than send the Brazil playmaker, 28, back out on loan. (Marca)

Barcelona forward Luis Suarez, 33, is due to sit a language test on Monday in a bid to obtain Italian citizenship, allowing the Uruguay striker to complete a move to Juventus. (Eurosport)

AC Milan goalkeeper Gianluigi Donnarumma, 21, has demanded a new contract worth 10m euros per season amid interest from Chelsea for the Italy international. (Corriere della Sera via 90min)

Leicester are not willing to pay St Etienne’s £27m asking price for defender Wesley Fofana but are keen to negotiate a deal closer to £18m for the 19-year-old Frenchman. (Mail)

West Ham will have to almost double their opening bid of £27m to stand any chance of signing Burnley centre-half James Tarkowski, 27. (Sun)

Tarkowski says he wants to play Champions League football “if the opportunities came” and hopes to get back in the England squad. (Telegraph)

Crystal Palace have enquired about the availability of Fluminense forward Evanilson, 20. (Mail) 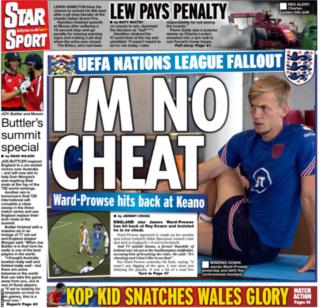 A round-up of the week's news you might have missed. Source link

Elon Musk: 'I don't want to be CEO of anything'